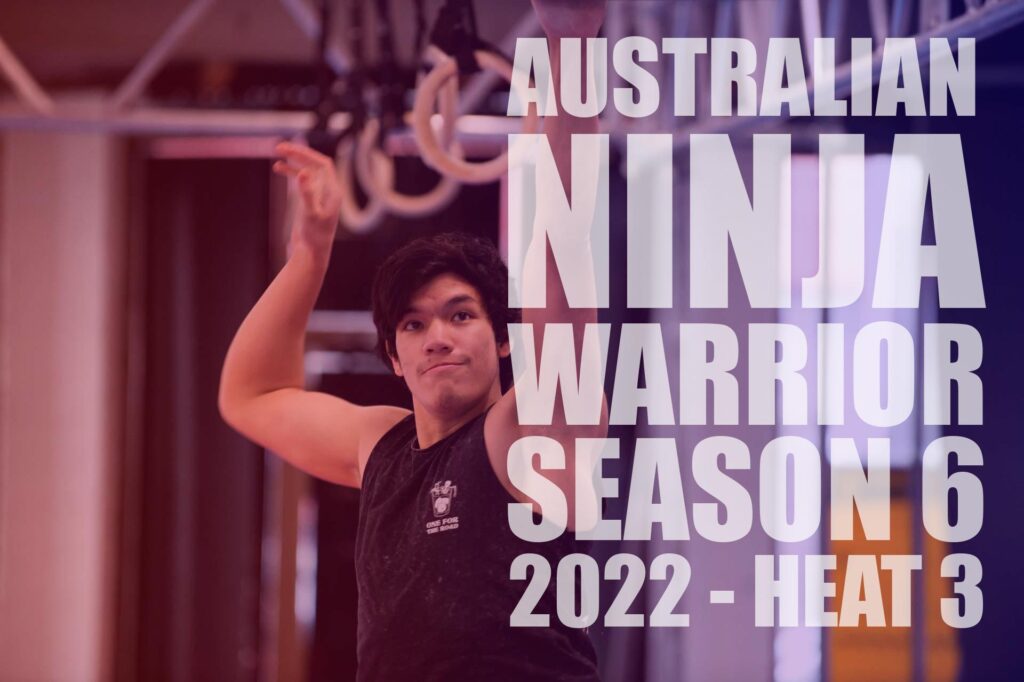 Heat 3 results for the 2022 Australian Ninja Warrior season 6 start with 1 quick obstacle change. Obstacle number 5 was the only one to be swapped out for heat 3. Ninja that made it past the Anaconda Laches or Door Knob got to attempt the Flying Shelf Grab to Corkscrew.

Check the Heat 3 course below

Mums, teachers and students; who's teaching who?

Shortly after maths teacher, Warwick Draper slipped off the second lache on the Anaconda, young gun Ben Lewis stepped up to show Australia what he’s got.

Like a few Ninja before him, Lewis opted for the speed of the lache on Anaconda. I’m not sure if it was his matching of shorts and socks to the obstacle or not but effortlessly, ben leaped through each bar and onto the platform.

Cruising through the Flying Shelf Grab to Cork Screw, Ben almost came unstuck on the Warped Wall. Slipping down on his first two attempts, Mr Lewis had one chance left. Only just grabbing on with his right hand, Ben had it. In 3 minutes 25, hitting the buzzer and securing a place in the Semi Final.

While there were some faces we’ve seen for a few seasons, there’s some new faces that definitely need mentioning. Brodie Peace, who I’m sure I’ve seen at local Ninja Warrior Comps here in Melbourne recently, competed really well only to come undone on the Corkscrew.

Young Ninja Chris Tang also doing well and somewhat easily made it through all the obstacles. Unfortunately however, Tang couldn’t get up the wall which is a huge surprise after seeing him dominate at The Compound competitions so often.

Another Ninja worth a mention is Zenia Wood. Zenia’s backstory was all about Taylor Swift and shaking it off so it may have surprised a few to see her do so well.

Initially opting for the Door Knobs but shifting to Lache on the second half was a good tactic. You could see her arms burning up and when she completed the Anaconda it took some support from the sidelines to get her up and moving onto the Flying Shelf to Corkscrew. This was her downfall unfortunately but what an effort. Well Done, Zenia.

Are you the Ultimate Ninja Warrior? 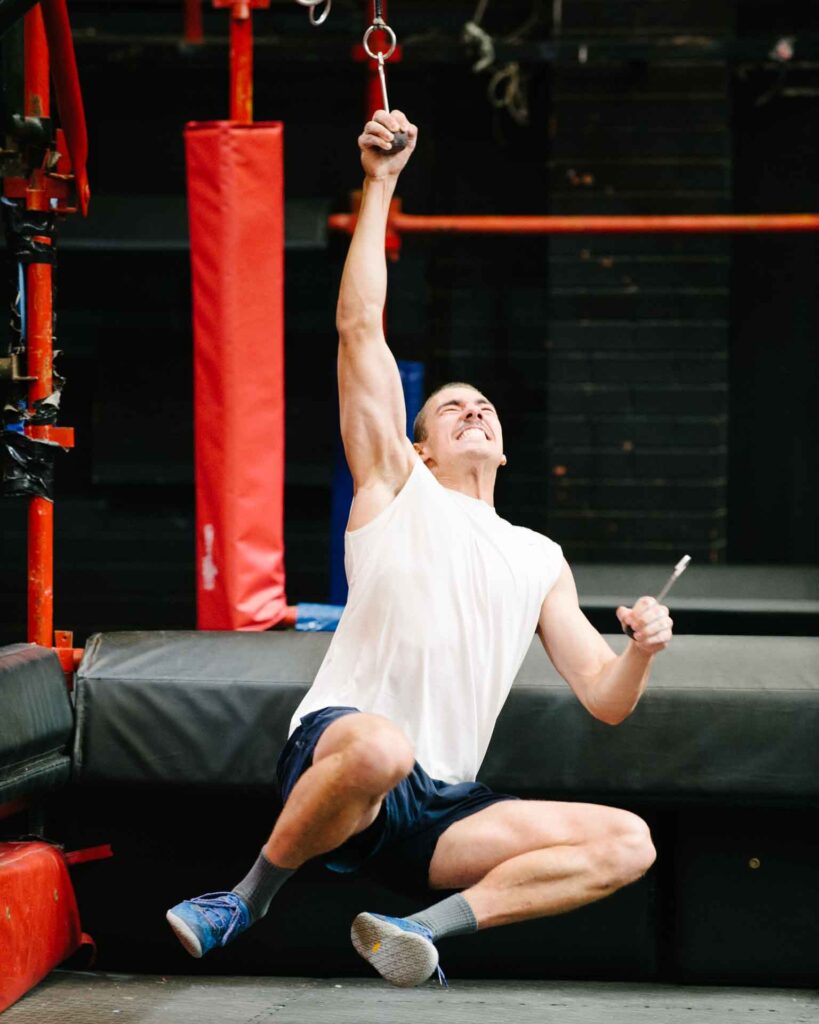 Sign Up for one of Melbourne’s best Ninja Warrior competitions

Read About the Last NCL Comp

Liv went up against the youngster in the first round on the Power Pool and took the win. Perhaps it was experience? But with Mike Snow and Matt Bowles up next, experience was pretty close so it was the speed of Bowles that took the win from Mike Snow.

Alright, Matt Bowles vs Olivia Vivian. We’re off, and they’re almost matching each step. Up the rope together and Matt found himself tangled like Ben Polson in his race. He got free and moved onto the Baskets while Liv struggled to get onto the static bar. Once there, Matt was far in front but still swinging on the baskets. Using her ridiculous amounts of skill, Vivian flowed through the baskets and came real close to catching Matt but came up just shy.

Huge effort from everyone tonight and an epic show from all the competitors, young and old.

Moving Through to the Semi-Finals 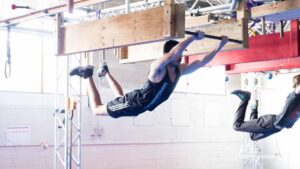 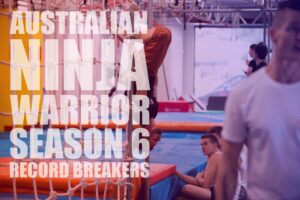 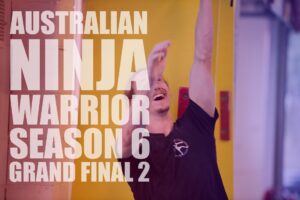