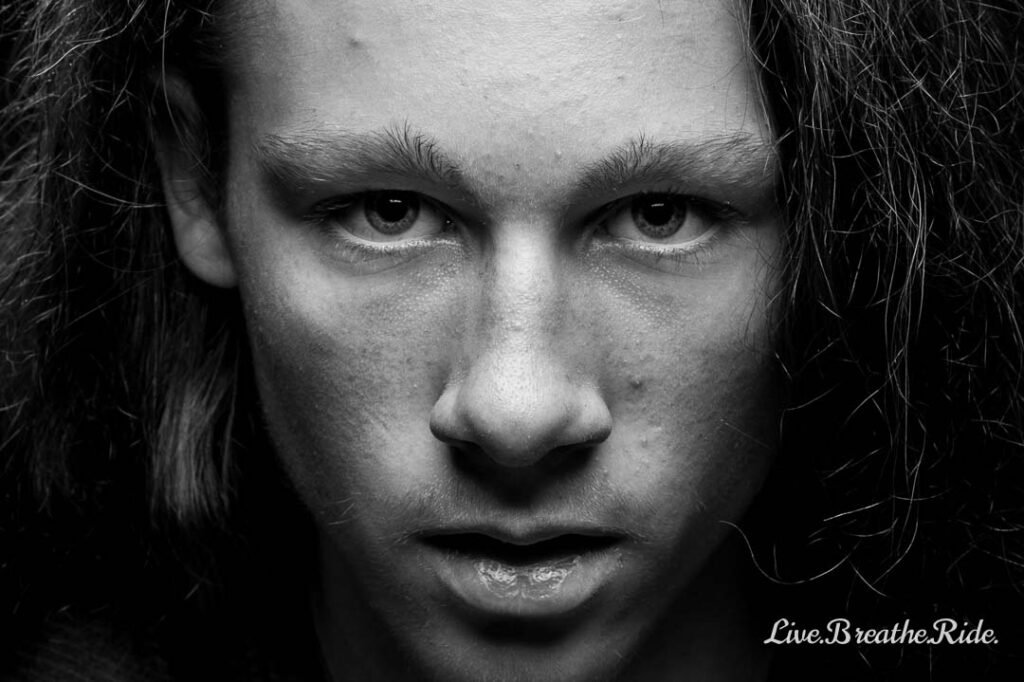 "You should try a ninja warrior kids comp"

If Ash Campbell didn’t spend so much time on the local Australian Ninja Warrior podiums, you may not even know he was there! From the leafy Melbourne suburb of Upwey, tucked away neatly in the Dandenong Ranges, Ash says he enjoys his downtime on the couch. The quiet boy at just 15 years of age – although he tells me he’s almost 16 – Mr Campbell was done with the local ninja warrior kids comps and became the youngest person to win an adult Ninja Challenge League (NCL) qualifying round. As expected, this has caught the attention of a number of people, ourselves included. Ash Campbell is fast on track to becoming a force to be reckoned with. We headed out to his backyard ninja course and took a closer look at what makes this champion tick!

In 2018, Ash was introduced to ninja when he tried kickboxing as a part of Fighting Fit Kids with Zac & Amanda. “They were on season 1 of Australian Ninja Warrior and had a ninja set up in their front yard we used as part of our training. Zac saw I had a natural ability and suggested I try a kids ninja comp.” This was to be his first of many Australian ninja warrior competitions at Fighting Lyons in Essendon North.

“I tend to cruise under the radar” he says... 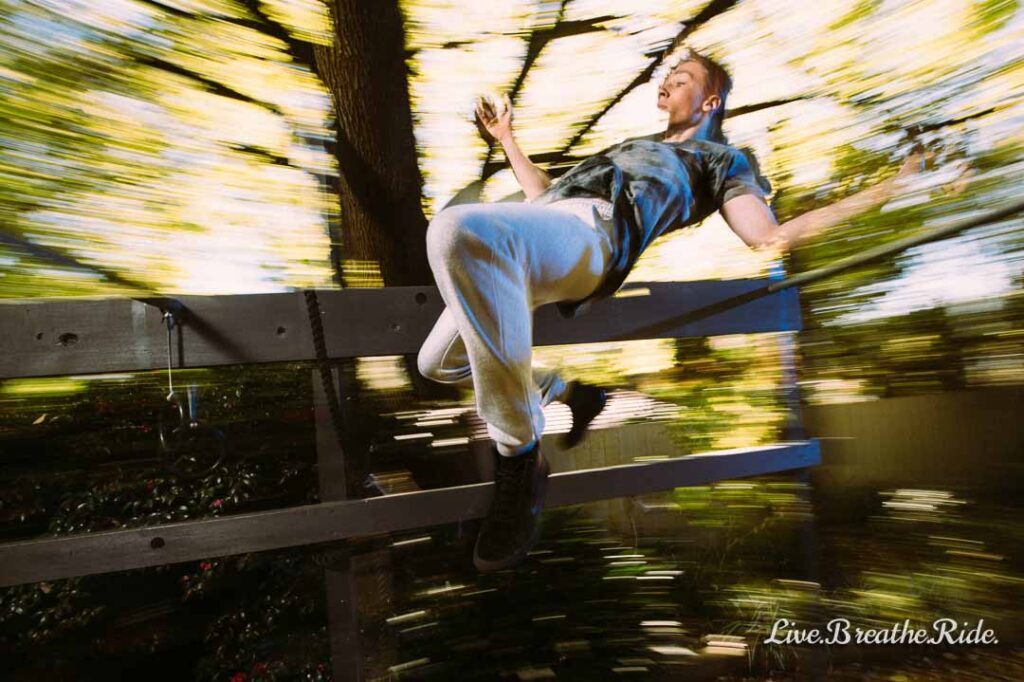 Ash is as humble as they come. “The community, supportive people and definitely how fun it is to mess around” are his favourite things about Ninja. “…for me it’s more about enjoying the sport, the people and providing encouragement” To anyone thinking of trying Ninja, he says, “Hell yeah, have fun with it. Anyone can get on an obstacle and have a go.” Ninja Warrior is for everyone. You don’t need to be a certain type of person, Ash believes.

“I tend to cruise under the radar” he says, “I don’t actually think my friends know” when talking about life outside of Ninja. Even though Ash trains 4 times a week, the conversation doesn’t stretch much passed that. Ash mentions, “I don’t go out of my way to talk about it (ninja) or bring it up in conversation.” He’s “not extremely sporty” and loves just messing with friends as much as a good day off.

In January of 2021 he started competing with the adults. Competing at the Ninja Challenge League qualifier at Fighting Lyons he says was pretty intimidating with some big names and generally older, more experienced athletes competing in the ninja warrior battle. But “In the end we are all the same, all wanting to get the job done well.” Having already qualified for the finals in Perth later this year, he knew he could just have a bit more fun & see what else he could achieve. 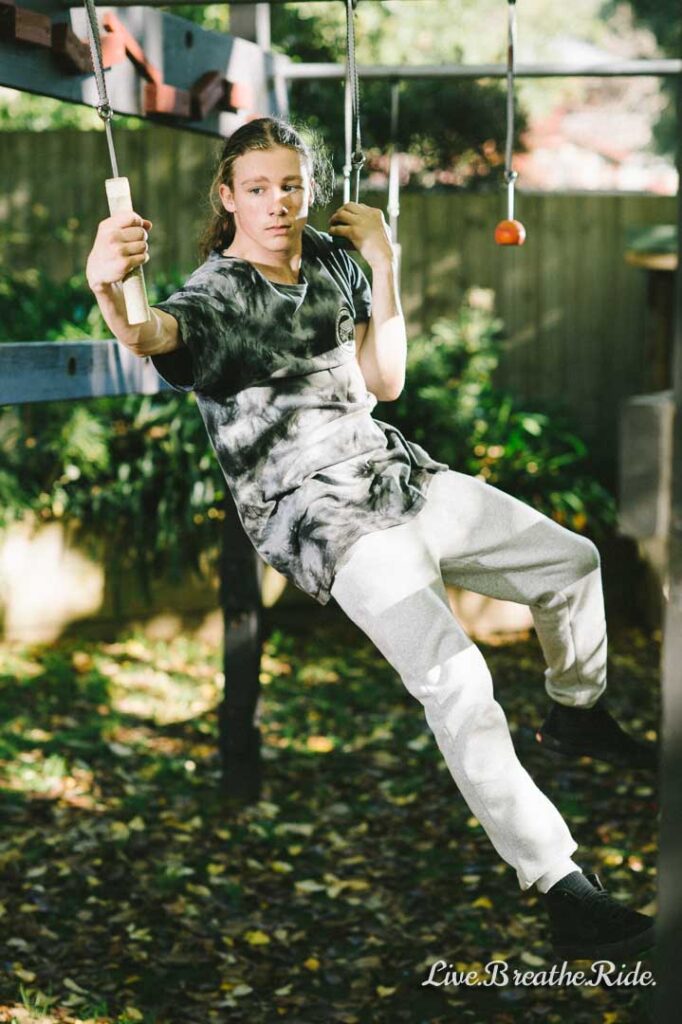 “I could have been a lot faster, it was fun and I was happy with my run.”

He won that competition by almost 4 seconds but says, “I could have been a lot faster, it was fun and I was happy with my run.” Ash says he trains two sessions a week at The Compound in Bayswater in addition to two training sessions at Fighting Lyons. That’s some supportive parents right there, driving that far each week! But it’s paying off and is helping him become the dominant force we’re witnessing. On top of that, each Saturday he works with the junior ninja kids at Fighting Lyons alongside good friend & coach Michael Mischefski.

Being the youngest to win an NCL round he says it’s “just that! I’m the youngest. It’s pretty daunting seeing your face all over socials and it definitely adds some pressure to future comps.” He’s not out there telling the world about it but seems to enjoy the wins as he continues. “I try not to let the pressure of comps get to me by not overthinking things” His approach is to relax and aim to have a good time. Everyone gets nervous but if he messes up, he has a laugh and learns the lesson.

For the future, the forever humble Mr Campbell says he just wants to keep it fun. He believes that if he sets too strong of a goal or that he ‘has to be this or has to achieve that,’ it might take the fun out of ninja. That training, coaching & competing might become a sort of chore. So I’m sure we’re going to see Ash Campbell around for a long time, it seems. His light-hearted approach and eagerness to help others enjoy themselves too should set him up for a very bright future.

thanks to Mum & Dad for driving me everywhere! 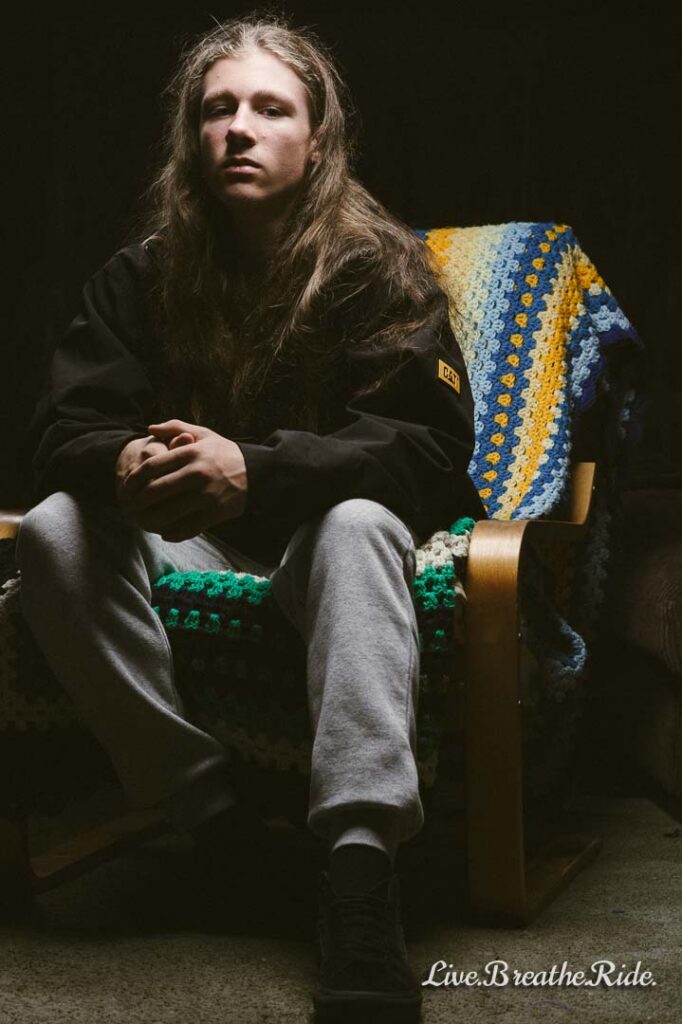 Along with his obviously very supportive parents, Ash says there’s a number of people that help him out. Michael Mischefski at Fighting Lyons has “helped me become the ninja I am both physically & mentally.” Coach James Sayers at the Compound ensures training stays fun at The Compound and Ash would like to thank Zac & Amanda for introducing him to the world of Ninja Warrior. A special mention should go to the late Paul Lyons who said to his mum, “I’ll make me into a beast!” And lastly, Sarah at ANF and Ben at OZgrip. Thanks for the support. Oh, and thanks to Mum & Dad for driving me everywhere! 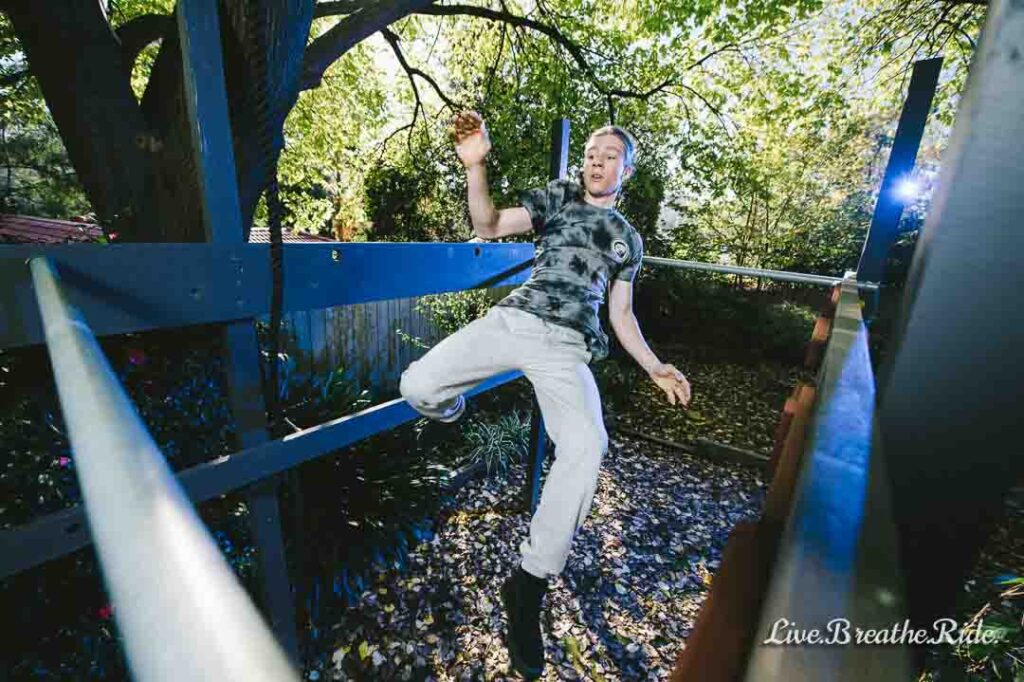 The following businesses directly supported this article. This website is built upon the strength of community. We appreciate if you could check out these companies & show your support. 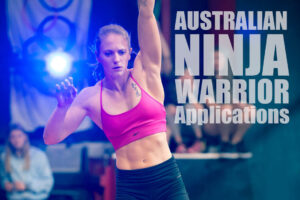 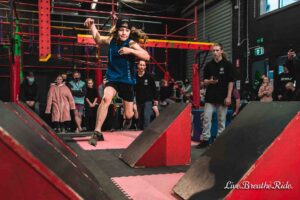 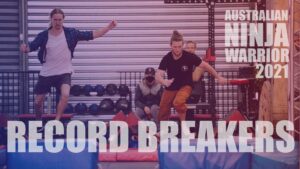