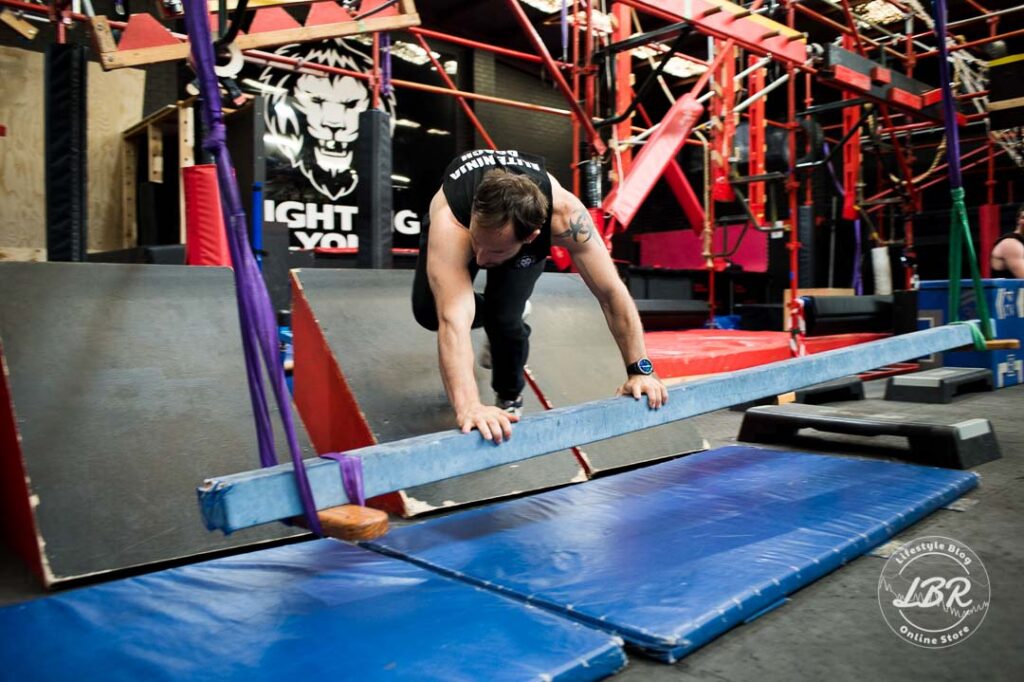 Local ninja warrior is back in Melbourne!

Ninja Warrior in Melbourne is BACK! I feel like I’ve written that before but here’s to this being the last time, right?

Being last minute, there was not a huge line up of competitors but those who were there were fiercely competitive.

The course, set by strong competitor Michael Mischefski, was bloody brutal. Starting off with a core-killer that requires you to traverse a swinging balance beam and some angled steps. Hmmm, hard one to explain. It’s in the photos. 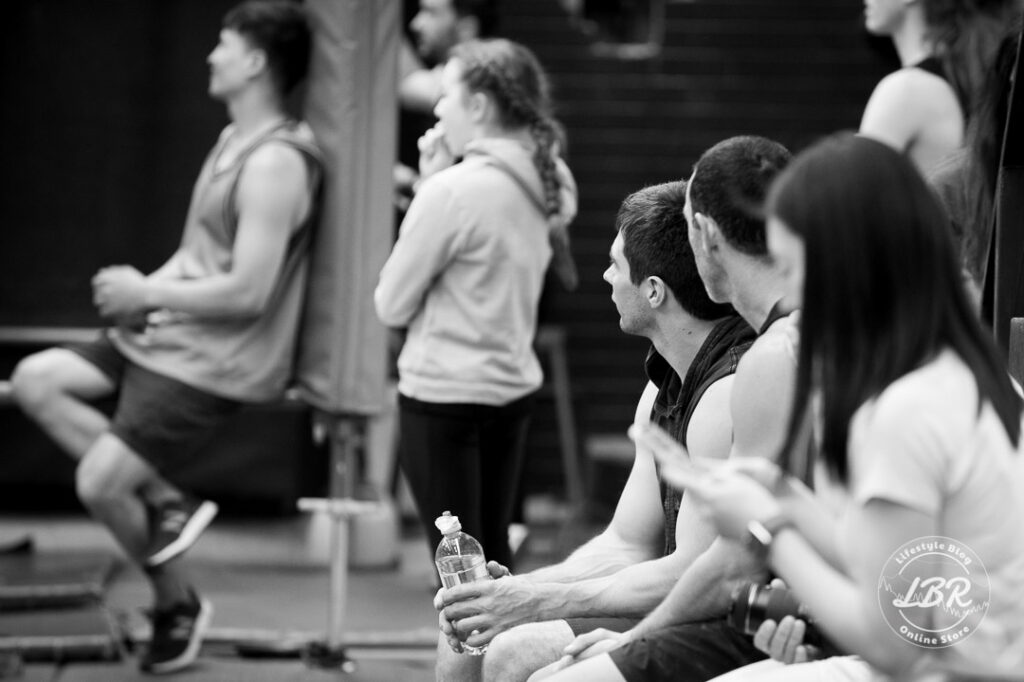 Then onto a barrage of upper body destroyers. Cannon ball alley with an incredibly challenging soap bar at the end that many competitors tried to skip with varying success. Mischefski was the only competitor to successfully use the soap bar.

Onto the first 3 part obstacle starting with a web of rings and cannon balls. If you made it through that, you got to try the bar hop slider and then onto the cargo net traverse.

After you got through those three, you were met with the floating monkey bars to tramp to vertical door knobs. Grabbing the door knobs is hard enough but the jump into it made it even more difficult.

A quick breather with a small balance section then back into the gruelling grip crushing course, resuming with swinging doors and interestingly enough, onto some more door knobs. 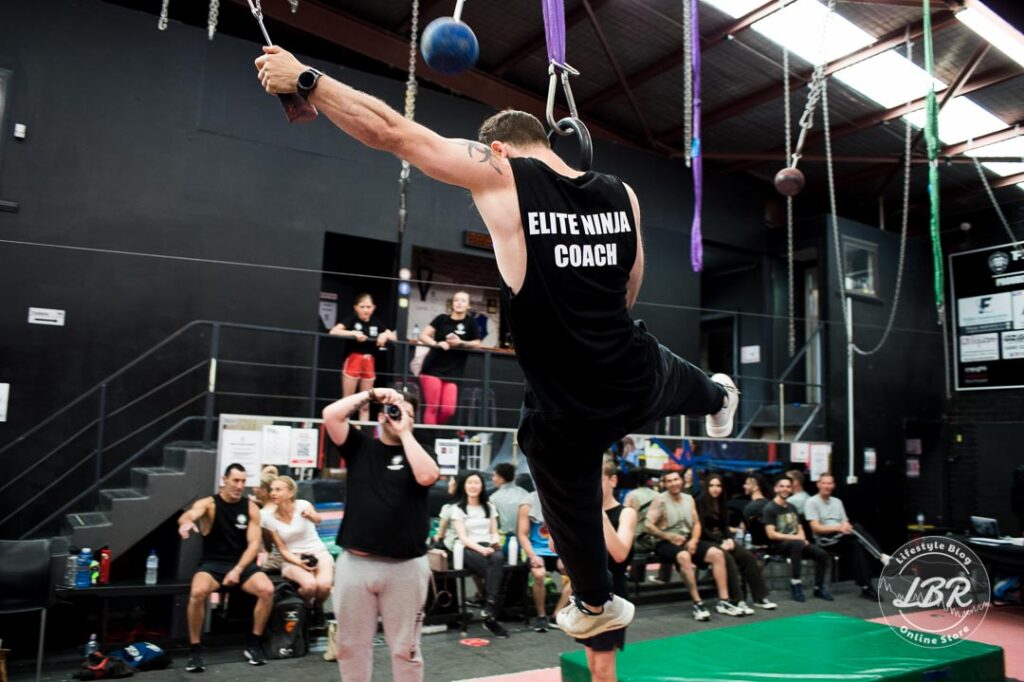 The Winners of Ninja Warrior in Melbourne are...

A narrow, precise salmon ladder with a bar that gradually bent more as the arvo went on, to a small UFO grip then saw-tooth decent. Finish that and you have a 14ft rope to climb.

My hands are tired just typing that out so you can imagine how the real ninjas felt after running the actual course, huh!

The thing I’ll never get sick of at a Fighting Lyons ninja warrior competition is the support crew. I don’t know what they put in the water there but not only do they produce some of the best ninjas of all ages, but the way that everyone chants & cheer all the competitors is phenomenal. It might just be the closest thing to actually being on the Australian Ninja Warrior TV show but with less auto-cues.

Competition was fierce and the top 3 spots were taken by some of Australia’s strongest ninja warriors. In third we had Leo Hermawan just behind Michael Mischefski in second. Taking the top spot was incredible athlete and even better human, Jake Baker. We all knew he had it from the moment we arrived. Dude is strong AF!

So this small comp was a great precursor to the NCL Vic. replacement comp in a couple of weeks. A great taste of what & who’s to come. Thank you for reading, assuming you got this far…

Use of the images

Please feel free to use these images for any personal use only (no prints or commercial use, please) but we would appreciate tagging @livebreatheridecom & @gorakphoto on socials. Be sure to remember, all images remain the property of LiveBreatheRide. 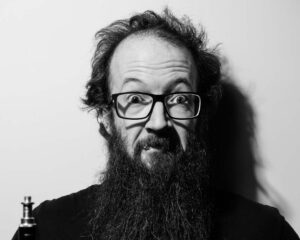 My 2 Years Sober – New Years Resolutions & How I Quit Booze

My 2 years sober all started with a New Years Resolution. A well thought out plan, a question for myself and a thirst for life 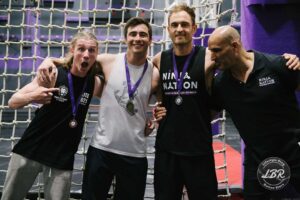 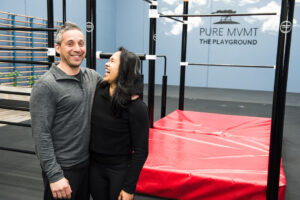 Bodyweight training in Melbourne just got a whole bunch better and accessible! A few weeks ago, we sat down with Dom & Rowy at PureMVMNT.